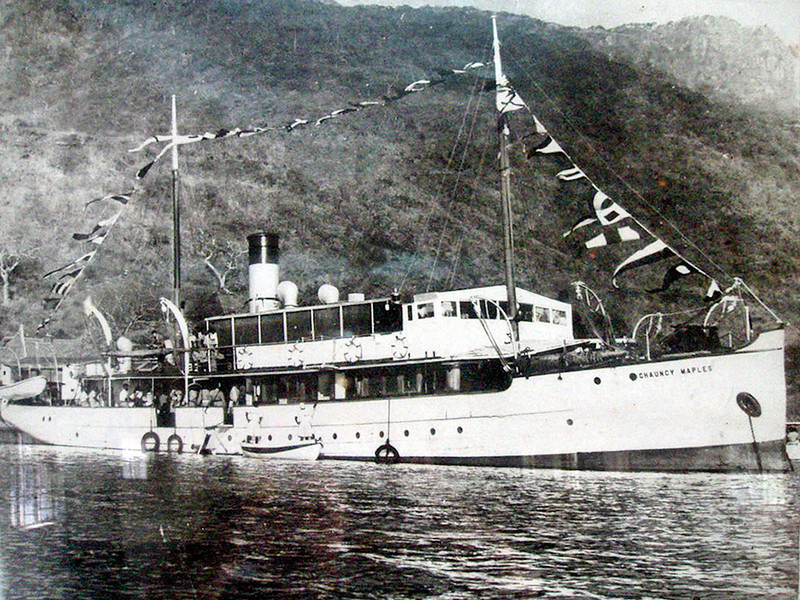 A later view of the SS Chauncy Maples, dressed overall in celebration of her Golden Jubilee. As can be seen she had changed slightly in her first half century. However, the standard of the ships original steel work was in remarably good condition in 1952 and, substantially it still is in 2009. Undoubtedly, her superb quailty is partly due to the decision to galvanise all of the structural parts before they left Glasgow - a very unusual occurance. It was reflected in the price of the new vessel. Her owners, The Universities Mission to Central Africa, had to pay a total of £16000 for the new ship compared to a cost of under one third for a ship delivered on the Clyde (£9000 for the original build and galvanising with £5500 for shipment from Glasgow to Lake Nyasa and £2000 for reassembly)