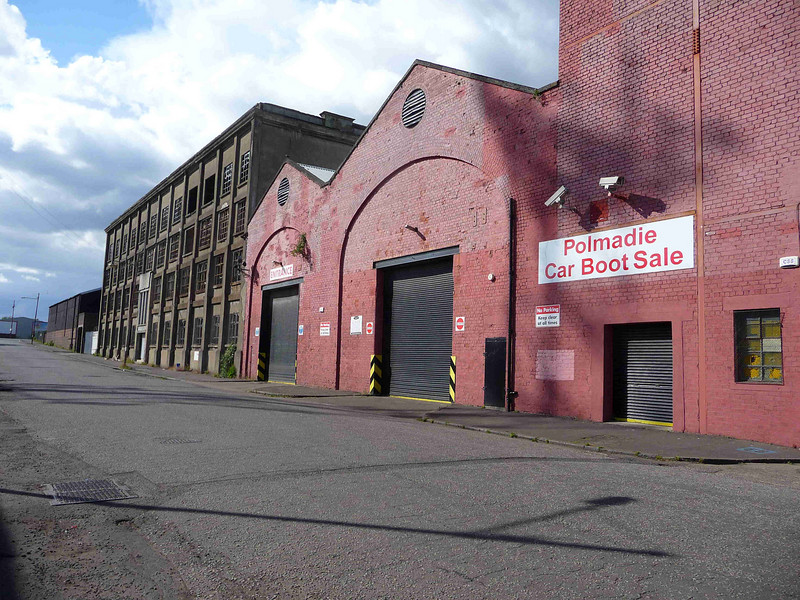 In 1917 Alley & McLellan became part of Lord Invernairn's (William Beardmore) vast industrial conglomerate. Beardmore's owned the Dalmuir Naval Construction Works, the huge Parkhead Forge which produced armoured plate and large scale naval ordnance and the Inchinnan Airship Construction Works. Beardmore's empire employed over 40,000 people on Clydeside at its peak and it was linked to Vickers of Barrow-in-Furness of which Lord Invernain was a director. However, the vast Beardmore group suffered badly in the great Depression that blighted the UK economy during the 1920s and 30s and Alley & MacLellan regained its independence in 1937. At later times it was related to two other well known Clydeside engineering firms - Glenfield & Kennedy of Kilmarnock and G & J Weir (now the Weir Group) of Cathcart in Glasgow.

Sadly, as Chauncy Maples looks set for a great revival, the site of her builder's Glasgow works is not a pretty sight in the 21st Century. Although the former workshops (on the right of this picture) seem to be well maintained (externally) and still in use, the same cannot be said for the pioneering buiding at the west end of the site ...........