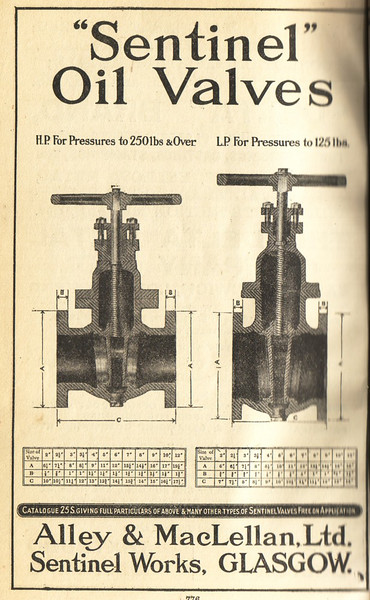 The Sentinel works was not far from Colville's Clydebridge Steelworks / and the historic Clyde Iron Works in Cambuslang, then the largest steel making complex in Scotland. It was at the famous 18th century Clyde Iron Works that James Beaumont Neilson invented the 'hot blast' process that revolutionised the processing of iron ore on a global basis.
http://www.theglasgowstory.com/image.php?inum=TGSA03577)
Govan Iron Works, Clyde Iron Works and the famous Carron Iron Works near Falkirk placed Scotland at the cutting edge of these technologies from the late 18th Century to the mid 20th Century. In the wake of these crucial infrastructure plants, a huge band of over 200 iron and steel foundries and a lesser number of forges was built up across central Scotland from the Clyde to the Forth. The diversity and capacity of output from these plants was virtually limitless. Witnessing the foundrymen utilise their considerable skills was aways a fascinating experience. Nowadays, it is difficult to find a jobing foundry in Scotland - the total still existing could probably be counted on the fingers of one hand but the legacy of the past lives on around the globe in the most unexpected laces - on a recent trip to Lucerne in Switzerland, while roaming through the 'old town', I came upon a cast post box with the name 'Carron Ironworks' on its base. For more information on the once huge iron and steel industry in Scotland refer to the following excellent websites:
http://myweb.tiscali.co.uk/clydebridge/

http://www.scottishironwork.org/
Alley & McLellan used a wide array of castings in the steam engines, compressors, valves and many other products that they bult for both land and marine applications